The Elements Of Success: Why The Obama Logo Works

Wherever you stand on the political spectrum, the merits of the Obama logo as a successful design are bolstered by its use in two winning campaigns. It was virtually unchanged when it was used for the second campaign in 2012, with only minor typographical changes.

Why is the logo so successful? It is colorful, bold, and depicts clear and recognizable symbols. It elicits an immediate reaction. Let’s look more closely at the design specifics that make this happen:

Sure, those are the carefully crafted design elements that art critics and graphic-design professionals see. But the Obama logo became an indelible image throughout the campaign and beyond because it worked on two levels. It used smart symbolism, and at the same time, it was also able to convey a simple and real message about the candidate to the voters: there is hope in the rising sun of a new day. You didn’t need to be an art critic to get that message.

The design elements of Obama’s logo are so effective because they touch on five key points. You can use these points as the foundation to create an impactful design for your campaign:

Design professionals understand these key points, and they apply them from concept to execution. Sol Sender, the man behind the Obama logo (a graphic designer by trade and now an executive at a prestigious advertising firm), was quoted in an interview regarding the logo design, saying, “I think we had a fresh approach because we’d never worked on a campaign before… and, of course, the power of the logo had a lot to do with the power of the candidate’s message.”

A design approach that is coupled with a marketing strategy can be a winning combination.

The versatility of a visual identity will ultimately be most successful when it can stand on its own, and can also be easily customized for marketing products. During the 2008 campaign, Obama’s campaign consultant, David Axelrod, strategized a design criterion that he shared with the New York Times in 2008:

“Obama’s campaign was planned on the Web 2.0 principle that we live in such a frenzied media landscape that old-fashioned static symbols blend into the background, and we only respond to imagery that seems to be directed at us personally.”

Well-designed logos need to be attention-grabbing, easily recognizable, shareable on any social media format, and able to be applied to a wide range of merchandise options, like brochures, yard signs, buttons, and social media banners.

In addition to logo design, typographic choices—the fonts you use— are extremely important in delivering the right message. The most important concern is legibility throughout the spectrum of merchandisable products. Graphic-design professionals are equipped to help make these critical choices in typographic aesthetics, but there’s more to consider if you’re designing your own logo.

Like images, fonts can have a powerful effect on how a voter perceives a candidate. If you’re designing the typography yourself, take some time to research what reactions different fonts tend to elicit from viewers. 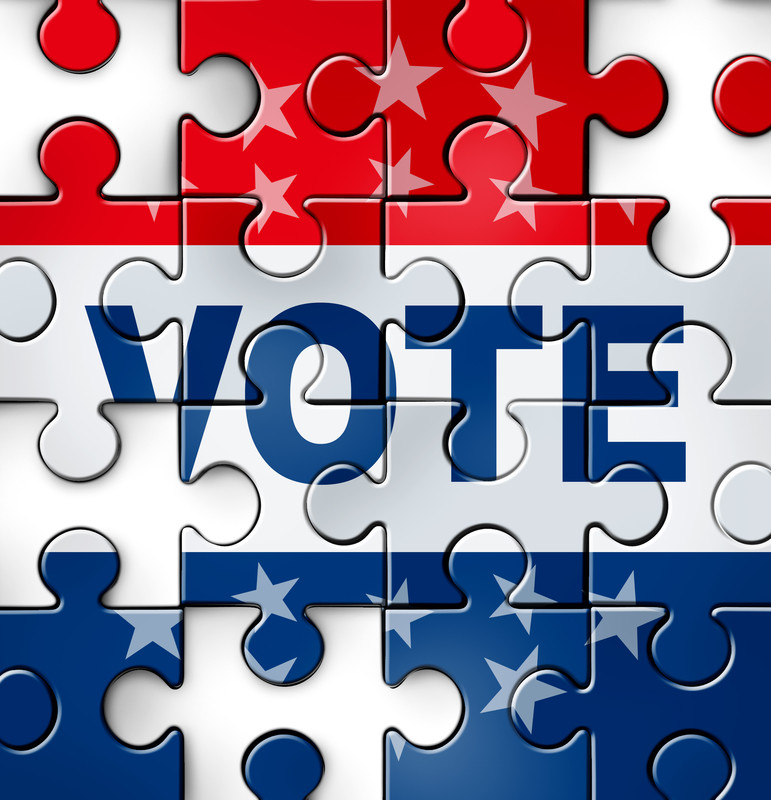 Fonts can be divided into two main groups: serif fonts and sans-serif fonts. Graphic-design tech-speak aside, you should choose what kind of font you want based on the message that you want to convey to your constituents.

How important is font? Early in the 2008 election, the Obama campaign switched from the British-designed Gill Sans font, to a contemporary American one, Gotham. It was considered an inspired move. Alice Rawsthorn, a British design critic wrote about how effective that move was in the New York Times:

“Great choice. No typeface could seem better suited to a dynamic, yet conscientious, American public servant. …You don’t have to be a typographic historian to get the message. A glance at the lettering on the “Change” banners at Obama’s rallies conveys a potent, if unspoken, combination of contemporary sophistication (a nod to his suits) with nostalgia for America’s past and a sense of duty.”

The font change also suggested the idea of command and power when it changed from the friendly (and standard) combination of both uppercase and lowercase letters, to an uppercase-only strategy. It lent the brand authority.

The bottom line is that decisions, which seem as minute as logo design, font, and uppercase or lowercase letters can have a powerful effect on voters’ perceptions of a candidate. When considering all of these details, remember that your overriding concern should be legibility, and the flexibility of your logo to transfer to different print and digital materials. Seeing a logo on a phone screen is not the same as seeing it on a printed sign, but the correct logo and typographical choices will create a brand and name recognition that should be successful on all formats.